RAF Valley with my Dad

In his memoirs ‘Flying Blind: the Story of a Second World War Night Fighter Pilot’, my Dad writes:

“On July 10th 1941, with Jimmy Ward on the pillion of the good old motorbike, I reported to RAF Valley, near Holyhead on the coast of Anglesey, where the single-engined aircraft in residence was the Boulton Paul Defiant…As the two of us entered the main gate, we realised immediately that this brand0new aerodrome with its hastily erected buildings was situated literally on the coast. The triangular form made by the runways criss-crossed the sand dunes. The usual Nissen huts of simple brick construction looked austere and, as we discovered later, so was the food and living accommodation. But it was midsummer and the weather was fine and warm.”

On Friday, I also will be reporting to RAF Valley; not on a motorbike, but in my 1935 Singer Le Mans sports car, just like the car Dad drove and loved later in the war. It will be a moment to remember, and I know he’ll be with me in spirit. 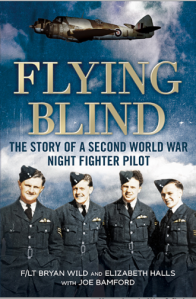 The book of my father’s memoirs, ‘Flying Blind: the Story of a Night-Fighter Pilot’, is now at the press and is likely to be available from mid-October.

The book is published by Fonthill Media.

Or if you would like to subscribe to my email newsletter ‘Flying Blind’ to keep up to date with developments on the book, its publication and feedback afterwards, just complete the following form. I only send newsletters from time to time when there is something to impart, and you can unsubscribe easily at any time using the link at the bottom of each edition.