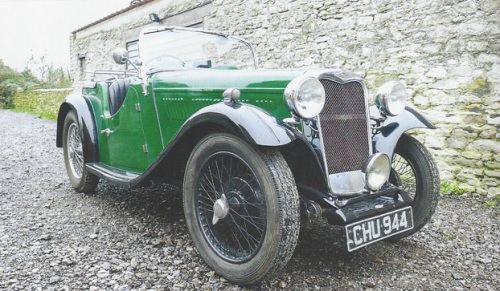 Let me introduce you to Chattie Chu Chu, my Singer Le Mans 9 special, which is a similar model to the one my father, Bryan Wild, bought towards the end of the second world war, when he was a night-fighter pilot with 25 Squadron, based at Castle Camps in Cambridgeshire.

This is the car in which I will be visiting all of the airfields he landed at during the war – nearly 60 of them, raising money for the RAF Benevolent Fund as I go, together with a couple of other charities.  This commemorative project will mark the 70th anniversary of the end of the war, and I am writing a book  which will use the airfields to tell the story of how the RAF developed into a force that was crucial in winning the war.