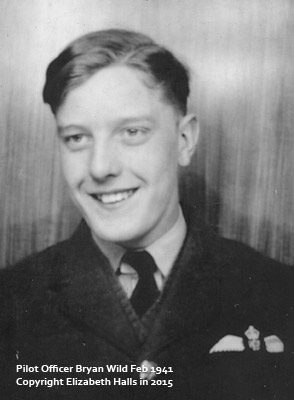 During the last years of the war, Flight Lieutenant Bryan Wild was flying Mosquitos with 25 Squadron at Castle Camps aerodrome near Saffron Walden. At this time the Squadron was engaged in targeting Heinkel bombers which launched their V1 rockets in mid-air, as well as carrying out intruder operations and bomber support missions over Germany. It was here that my father bought a Singer Le Mans sports car, and re-sprayed it to its original racing green. It was his all-time favourite car, but as he couldn’t afford to run it after the war, he reluctantly parted with it.

This year, I bought a 1935 Singer Le Mans (Special) sports car in British racing green. What clinched it for me was that the number plate began with CHU. My father’s favourite wartime song was the Chattanooga Choo Choo, the words of which he could still sing almost word-perfectly the week before he died aged 90, in 2012.

In his memory, in 2015 I toured the UK mainland in my 1935 Singer Le Mans special, visiting the 60 aerodromes at which he landed during the war. The project raised money for the RAF Benevolent Fund, to whom our family is deeply grateful for the help they gave to my father during the last years of his life, when he contracted Parkinson’s disease. I hope I brought alive for local people the history of those men and women who were connected with each of the aerodromes during the war. I also wanted to tell something of the astounding story of how the RAF itself developed to a force that was crucial in winning the Second World War.  I am still working on this, on my next book – still under wraps! 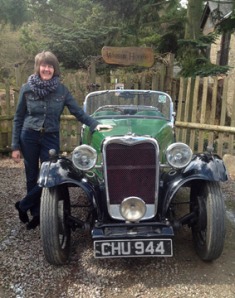